My whole life I have seen my friends been showered with praise for their creative prowess; some are photographers, video makers, musicians and one of them even makes sculptures out of wood. But, that has never been me; I can’t play an instrument (not for a lack of trying), I can’t sing, I can’t draw and any piece of art that tries to weasel its way out of my mind, is plainly terrible.

I accepted, like many, that some people have the creative gene and others do not. To compensate for this, I was given (read in sarcastic tone) the amazing and exciting ability  of being good at math and puzzles. I am a rational, analytical and logical thinker; certainly not synonymous with creativity.

But, my fellow Unemployed Graduates, I was wrong. I realised this when I heard Sir Ken Robinson give his definition for creativity: “creativity is the capacity to create new ideas that grant value”.

An Idea that grants Value? Through this definition, we all have the potential to be creative powerhouses! And this statement is true!

No more must we entertain the stigmatising thought that creativity only belongs to the artists. Be gone the days that if you search for logical creativity, Google coughs up ‘logic vs creativity’, right brain vs left. Creativity gives its value through ideas and we all have the capacity to offer that.

Logical creatives, like I prefer to define myself, think in a structured, rational and realistic way; It is through this structure of thought that originality may be discovered. If ‘thinking outside the box’ is commonly mentioned for creative thought, then this is simply and naturally done by the traditional creative. The Logical Creative, however, will define the box, learn its limitation to then successfully think out of it.

Now, I am not saying that traditional creatives do not apply logic or reasoning to their art. I am simply stating that we cannot readily separate and define logic and creativity as an either/or. Either you’re logical or you’re creative. And, yes, the opposite exists too, you can be a predominantly creative person, that uses extreme logic in your craft. We can be both and we can use, learn and get better at both.

In conclusion, the Unemployed Graduate is a logical creative and damn proud of it. What are you? Leave it in the comments and let me know what you think.

5 thoughts on “Logical Creativity: Being Creative Belongs to Everyone” 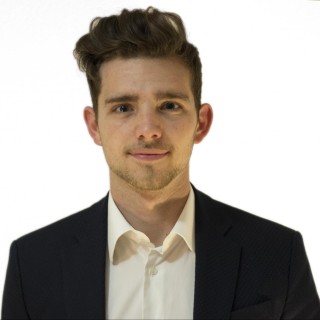 I am a South African living in Italy trying like most to understand life. I classify myself as an Unemployed Graduate and I'm proud of it. Please subscribe to my YouTube Channel (https://www.youtube.com/channel/UCwxmmHVt7UHDry2iIybHCYQ?view_as=subscriber)